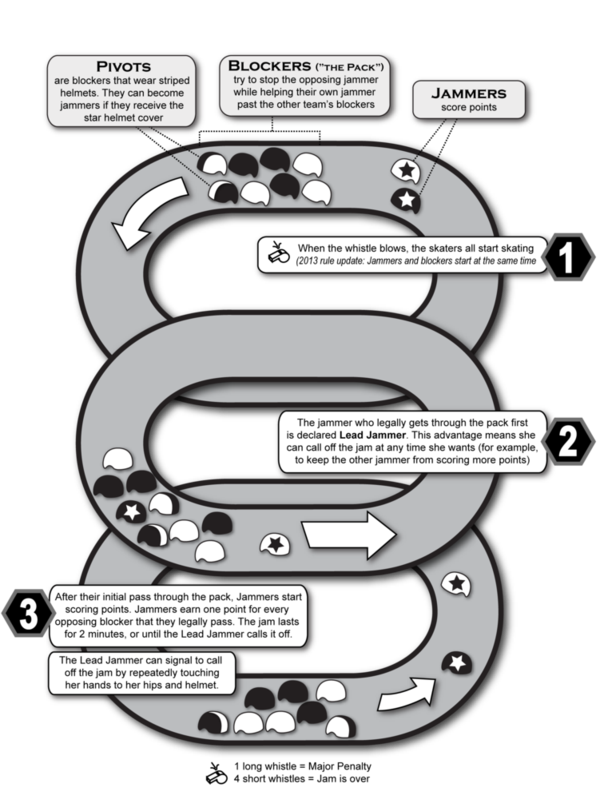 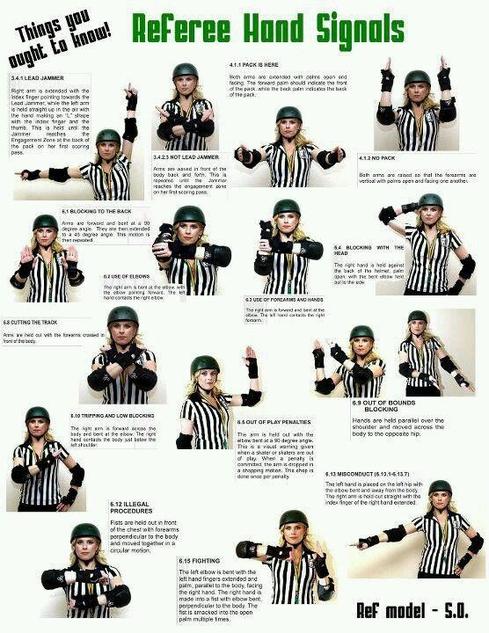 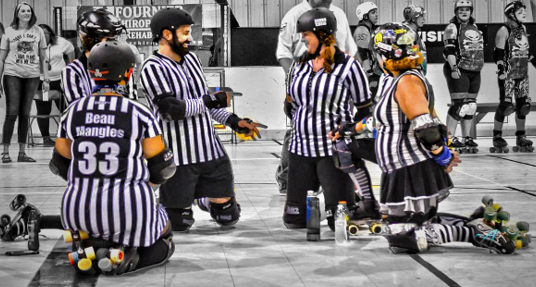 The game of Flat Track Roller Derby is played on a flat, oval track. Play is broken up into two 30-minute periods, and within those periods, into units of play called “Jams,” which last up to two minutes. There are 30 seconds between each Jam.

During a Jam, each team fields up to five Skaters. Four of these Skaters are called “Blockers” (together, the Blockers are called the “Pack”), and one is called a “Jammer.” The Jammer wears a helmet cover with a star on it.

Play that is unsafe or illegal may result in a Skater being assessed a penalty, which is served by sitting in the Penalty Box for 30 seconds of Jam time.

The team with the most points at the end of the game wins.